Why Ballyportry Castle is one of the most interesting places to stay in Ireland? 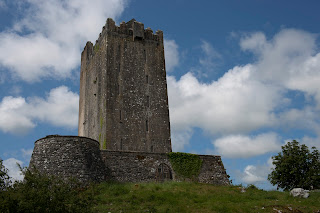 ·       Ballyportry Castle located at the edge of the finest surviving archaeological and most interesting botanical and geological landscape in the west of Ireland.
·       It is one of the best restored Gaelic tower houses in the country and the most intact that is offered for rental.
·       Fullest evocation of late 15th century castle atmosphere of any Irish buildings.
·       Home of the late medieval Gaelic chieftains, the O’Brien’s, who sprung from an ancient Celtic sept whose most famous king, Brian Boru was High King of Ireland.
·       Ballyportry is almost half a century older than Trinity College, Dublin. It was built in the decade of Christopher Columbus’s voyage to the Americas.
·       Interesting Times: The late 15th century Gaelic chiefs would have lived lives of privilege, culture, politics and warfare. It was a time of shifting political alliances. 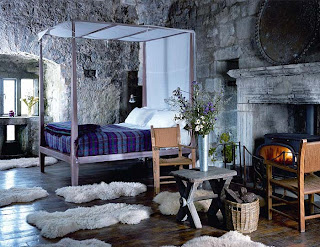 ·       Next year, 2014 will be a year of remembering Brian Boru as it will be 1000 years since the most famous battle in Irish history when he was the leader of the Irish forces against the Vikings. He decisively defeated the Vikings at the bloody battle of Clontarf at which he lost his life.
·       Restored by the American architect Bob Brown who, although without obvious Irish roots, fell in love with Ireland and it’s castles in the late 1960s.
·       Sympathetic restoration and subsequent researched conservation programmes have achieved the best example of medieval stone building conservation anywhere in Ireland.
·       Ballyportry Castle is between Kerry and Connemara, and inland from Galway Bay. It is beside the Burren National Park. County Clare is a peninsula surrounded by the Atlantic Ocean, which is about 45 minutes away by car from Ballyportry Castle.

Posted by About Ireland's Blue Book at 08:19 No comments: